Nowadays every where you look on Instagram / Facebook somebody has done a 6 /8/12 week body transformation , it’s great to see so many people into training but this approach probably isn’t the best idea for most , let me explain why . There are several protocols we can use to reduce body fat , by far the most effective way to drop fat and to keep It off is through resistance training, by doing this we increase muscle mass therefore increasing metabolism , along with the increased calorie expenditure from resistance training increasing the amount of lean body mass you have will increase the amount of calories you burn throughout the day. Other strategies would be to further increase energy expenditure by adding cardio along with reducing calories , what you will find with these short term body transformations is that you will be doing all 3 simultaneously from the outset . BAD IDEA !

Doing this will leave you with the metabolism of a snail . Reducing calories will slow down your metabolic rate and down regulate your hormones and leptin levels.

He goes to football twice a week by apart from that is fairly inactive, he currently eats between 2700 – 3000 kcal per day but is a bit chubby and wants to lose some fat . let’s say joes basal metabolic rate (the amount of calories required to sustain his current lean body mass) was 2500 kcal .

Joe goes to a transformation coach who prescribes him a 2000kcal a day diet of mainly protein and has him lifting weights 4-5 days a week along with the 2 days of football training.
So joe has increased his calorie expenditure by roughly 500 kcals per day by lifting weights and is now burning roughly 3000 but has drastically decreased his intake to 2000kcal this puts joe in 1000kcal per day deficit , (joe is in a catabolic state which means he’s losing tissue ,fat and muscle) initially the weight is flying off and joe is loving life. But then after about 3 weeks or so the weight loss stalls and he doesn’t know why so he goes to his coach again who decides it’s best to drop more food off and to add in some cardio 3 times per week so , joe is lifting weights 4 – 5 days per week doing 3 days cardio and playing football twice a week whilst eating around 1800 kcal per day.

Now Joe is in an extremely catabolic condition so after 8 weeks of an absolutely punishing training regime joe has lost 10 kg he’s reduced his basal metabolic rate down to about 1800kcal , His testosterone is immune systems is lowered his thyroid is fucked his leptin levels are non existent . Joe gets his after photo and is over the moon with how much weight he has lost. What joe doesn’t know is he has reduced his metabolism …. The week after his photos joe goes back to his old eating habits of around 2700 kcal per day but because his basal metabolic rate is reduced his body can’t metabolise the food like it used to , now he’s rapidly gaining body fat , 6 weeks later joe is fatter than when he started his body transformation only now he has the flu and is impotent.

This is just a hypothetical situation but it’s something I see in gyms day in and day out , there are times when a client will want maximal weight / fat loss with no regard for any of the negative side effects like a wedding or photo shoot etc but for the most part you can see why this approach is a bad idea , when it comes to improving body composition long term , it really is a case of slow and steady wins the race !

I hope this helps you towards your training goals . 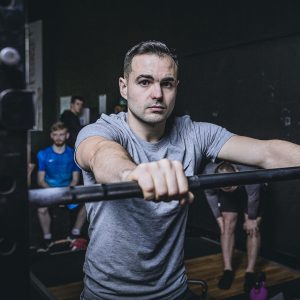 James Higgins is one of the most respected personal trainers in Belfast’s health and fitness industry.